No iPods Were Harmed During The Making Of This Film 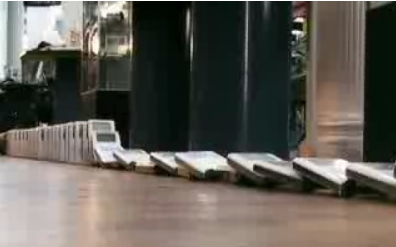 As reported by Gizmodo

Over 60 thousand dollars worth of iPods fell domino-style in this new ad for Tekserve, New York’s famous and quirky independent Apple specialty store. If you’re in the city, you can see it blown up on Madison Square Garden’s 15’x30’ LED displays at 33rd Street & 7th Avenue, from May 1st through July 30th.

Why don't more Apple Specialists do this ... show Apple how to really promote Apple?

The only thing I have against Tekserve is that they sponsor O'Grady's Powerpage.

Sidenote: The iPods may not have been as expensive as claimed ... recently this lot of 34 iPods went for $1750 on eBay. (I had bid in the auction) 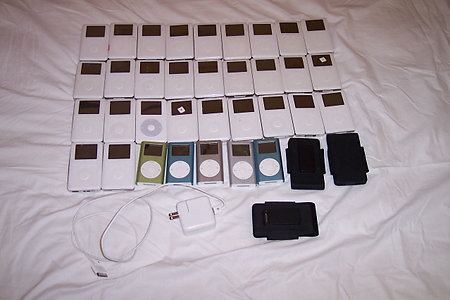