The End: Do You Love Movies, But Hate Watching Them?

Do You Love Movies, But Hate Watching Them? 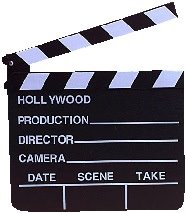 Last week I started a series of articles that discuss the ailing movie industry. In the first two posts I covered 4 of the 7 reasons I see as the root cause of declining attendance at big destination theaters.

The main cause is lack of control over the experience. Which brings us to reason #5 ...

Declined discipline in schools and at home

The school systems in the United States, the modern code of law, and modern parenting tell us not to punish ... just warn, pay a fine, or be put in "time out". Basically all this has the effect of is laying the law down, but not enforcing the law once broken.

This is exactly what the movie theater chains are doing. Just relying on an "understood" respect of others (which isn't there anymore) and not punishing anyone who breaks this "understanding" (to be courteous, be quiet, be still).

If movie theaters took the stance of ... "here's the rules, break em, be punished" then this article, in one year's time, would be relatively obsolete.

"Here's the rules of respect for my theater 1. ...2. ... 3. ... break these rules and you may be banned permantly from this theater, at the very least you will be removed, and you will not be refunded."

I can just imagine how effective this would be ... especially after someone was ripped out of a theater. (Adults and teenagers alike)

I had high hopes for the movie V for Vendetta ... it looked very stylistic, with a great plot, and great actors.

Boy, was I disappointed. While I like the general flow of the movie at first, as it progressed ... subplots were introduced into the film to make political statements and to attach the film to a far left political agenda.

V for Vendetta is about a future that has for all intent and purpose turned into a communistic, government controlled entity. Ok, interesting ... then you find out that "it all started when America's War got out of hand" On screen you see protestors protesting the war in Iraq and George Bush Jr. This is an intentionally inserted message by the directors of this movie as V for Vendetta was originally released in comic book form from 1982-1985.

Then there is a subtle subplot involving Natalie Portman's character being inspired by a lesbian relationship she reads about while imprisoned. Again, this subplot was not in the comic series ... although the original comic did contain "subversive sexual themes".

Some websites theorize that this plot was inserted after seeing the "critical success" of Brokeback Mountain. I have been told by straight heterosexuals that Brokeback Mountain is a very good film as well. That it is beautifully made and has a decent story. But, it is too graphic and leaves nothing to the imagination. And therefore, only serves as a mild type of "porn" for the sexually deviant. There's nothing wrong with films that show gay relationships, but ... Hollywood has to understand that these films (and the graphic imagery and language) sour an experience ... not just one weekend at the box office.

While the best of my friends, both male and female (and my editor) claim I am on the wrong path with this article with this reason ... I disagree.

Polarizing your audience sours people from the experience as a whole. My father, who loves movies as much as I do, refuses to go see movies in theaters ever since he saw Platoon ... the ONLY movies he has been to see since is the latest Star Wars Trilogy. I know many older adults who feel polarized by agenda movies at theaters and hear of people's bad experiences with crying babies, rambunctious teens, and cellphones. Some of these people, who used to go to movies in the 50's, 60's, 70's, and 80's ... have not gone since Hollywood started really cranking out the "Academy Award Nominee" (movies that play to the lifestyles of Hollywood) type movies.

One called Two For The Money costarring Al Pacino was promoted relentlessly for almost 6 months before it's release. It hasn't even recovered it's filming budget from worldwide release and worldwide DVD sales.

Another recent film, which wasn't hyped at all ... as I saw no promotion except within February (less than a month before its release) called Failure To Launch has made nearly 50 million OVER it's production budget.

Two For The Money was a story about the glorification of gambling, had bad language, and nudity. This movie was hailed by critics as one of Matthew McConaughey's best to date.

Failure To Launch was a good date movie, about getting a son out of the house. No nudity (except for a funny rear shot Terry Bradshaw), no bad language, but it was trashed by critics.

In the case of Failure To Launch, I think if as much marketting muscle had been put into it as there was Two For The Money and if critics gave this a thumbs up (as they should) you'd see a tremendous box office take for this movie.

In a way, this is why I like horror films, they are low budget, star no name actors (usually), and usually have no critical review beforehand.

I think movies should have exit polls ... just touch a star rating on a touchscreen on your way out. Incentive to participate would be a random free popcorn or concession. No personal data would be gathered, just your rating. I would LOVE to see these ratings from real people immediately following a movie the day after a movie opened. You'd get a much better demographic of users than even the internet could provide.

A recent movie that I think was underhyped and would have made a lot more money was Final Destination 3. I reviewed this movie here on Jackwhispers last month. 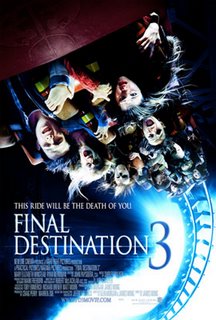 So there you have it ... this is what I think could turn the movie business around.

5) End multimillion dollar ad campaigns and union complications ... so that small moviemakers have a chance to express their visions of stories they want shown on the movie screen.

Here's some research tidbits for you to think of:

* Hollywood now commands $7.25 per ticket for the average movie. This means if you are paying $8.50 for a movie ticket, the theater is only seeing $1.25 of that ticket. This would be one reason concessions are so outrageously priced. I just feel like when i go to see a movie I am being ripped off by such incredible prices. Why do you want a negative feeling amongst your customers? Would not volume and lower prices, yeild the same profit?

* The average movie theater multiplex costs $2.8 million to build (and is not inclusive of the land) ... the average cinema is on a 15 year mortgage.

* Read this interesting slashdot article about theaters being unhappy about faster DVD releases.

* Professional, union film work is governed by the rules and guidelines of the film union - the Screen Actors Guild (SAG). This union establishes minimum salaries for different levels of performance - leads, supporting players, background, etc. Salaries can range from $115/day for "background actors" ("extras"), to $700/day for "day performers" (those with lines), and up to $4,000 a week for major roles. These are minimum rates. Only about 7% of actors are able to negotiate any of these salaries to high five figures and six figures. Only 5% are able to acheive million dollar paydays for movies.

I am of the personal opinion that movies should be investments rather than potential gambling losses. Actors, directors, and crew should work on percentages of the box office ... this would prevent a lot of the "agenda" movies from coming out. Financiers would be much less inclined to take the risk with "agenda" if the result depended on box office success. (Movies would also be lower budget and therefore could have more promotion)

I'll post some more tidbits later in the week.