Code Of Ethics For Journalism 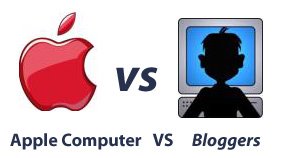 Another item of interest being tossed around in the Apple vs Bloggers case is that bloggers are not held up to the same code of ethics and conduct as traditional news reporting is:

Here is a link to the code of ethics for journalism ... note my emphasis:

The SPJ Code of Ethics is voluntarily embraced by thousands of writers, editors and other news professionals. The present version of the code was adopted by the 1996 SPJ National Convention, after months of study and debate among the Society's members.

Note that this has not been modified since 1996 ... blogging wasn't a phenomenon and NO NEWS OUTLET used it to convey information to readers. Now ... virtually all media outlets use blogging as almost a primary function of their reporting to provide more in depth editorial and historical/rhetorical content.

Note also that this is voluntary and therefore cannot be used as an Plaintiff's argument for "newsworthiness or journalistic credibility".