The Real Question: What's the Oldest MP3 On Your iPod or Hard Drive? 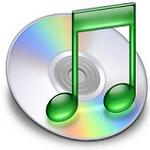 Yesterday Businessweek columnist Arik Hesseldahl posted a story asking what the oldest song you had on your iPod was ... suggesting Apple should use an original date of release tag ... complaining that a song that was released in the 1800's was noted as released in 2005 in a compilation.

I think this is kinda picky (the author even says so himself) ... if he knows the information ... he should just put it in himself.

His complaint was that it's hard to search for date of release under the current format.

I think a more interesting question is ... what is the oldest MP3 file on your hard drive or iPod. I was an early adopter of MP3's. I have been using the files since 1996 on my hard drive and by 1998 I had several hundred songs on my Wallstreet laptop in the format.

My first MP3 was Sweet Dreams by The Eurythmics ... placed into my MacAmp folder in 1996. The file still has the MacAMP OS9 icon. 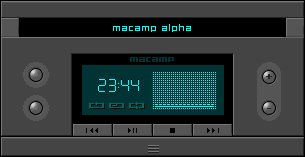 What's the oldest MP3 file on your iPod or hard drive?

I was doing multimedia production of sales videos back in late 1997. And, through that activity discovered the world of MP3s. By mid-1998 I had most of my CD collection ripped and on my Wallstreet Powerbook. Which song was oldest?... no clue. but, the first album I ripped back then was Chicago XVII... still have those 1998 track rips in my current iTunes Library, after many HDD transfers through those intrevening years.

The more irritating issue is that iTunes has problems with old MPEG 2 files that don't have the proper iTunes Creator code (hook) and MPEG Type code (MPG3 for mp3) in the resource fork. I thought that OS X and iTunes would be above such things, but try modifying ID3 tags in these old files (e.g. add album art, change year), and you'll see what I mean.

#3 Anonymous ...same goes for MP3's that are formatted with Apple's own Quicktime codec (seperately from iTunes) ... they won't burn to a CD (MP3 or standard)

Oldest mp3 ? Depends, I have music recorded in 1925 on my hard drive, but that music was not a mp3 before last year...