New Feature: How Much Did That Cost?

Today, I'm starting a new section called: How Much Did That Cost?

On slow news days, I have several features that I pick to post about (see the right sidebar)

This new feature will pose questions, give answers, and make proposals for how much things cost Apple and Third Party Apple Developers.

Have you ever been curious about a product's cost? Have you ever wondered ... I'm paying $30.00 ... but what is the retailer making off of my purchase ... and in turn ... how much is the manufacturer or distributor making? I've always been curious about these things. The 3rd party iPod accessory industry has boomed ... mostly due to the very high profit margin involved in making accessories such as cases and transmitters.

Have you ever wondered what a packaging mistake or packaging upgrade costs a manufacturer?

While this section won't be able to provide concrete details all of the time ... I believe I'm tied enough into retail and to marketing that I can make a very educated guess.

What prompted me to create this new feature was Griffin Technology's iTrip FM transmitter. 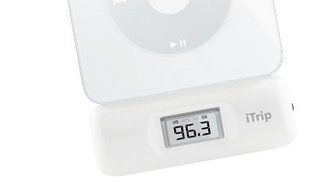 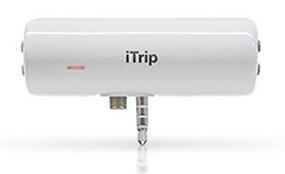 As you can see from the pictures ... Griffin has changed the iTrip from working on the top of the iPod to the bottom.

My first question is why didn't Griffin design the product to work with the bottom port to begin with?

The "how much did that cost?" question is ... how much of a problem did their packaging cost them in returns this Christmas (and even now as previous versions of iTrips are still on the market) when people bought the wrong iTrip for their iPod w/ Video because it and the Nano do not have the top port (the little nub you see in the picture)?


I'm not sure I saw any correction stickers at any retailer saying that iTrips with the top connector will not work with current iPods. So, I don't imagine a correction cost Griffin anything. 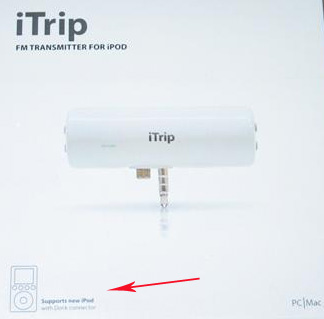 The red arrow points to a message on the front of the top connector iTrip box ... "Supports EVERY iPod with Dock Connector"

I am quite surprised that no one (in particular retailers) sued over this issue or at the very least raised a bigger issue about it on the internet.