Every time Windows XP Is Sold; God Kills A Kitten!

I just saw a local TV news segment that had alarming statistics about our local animal shelter. Most statistics involved cats. A high number of cats are put to sleep each year. However, the local animal shelter would have you believe that this is abnormal and that adoptions are down. The reality is that dead cats don't sell for as much as live cats. What do I mean? Am I being insensitive?

Euthanized cats are actually big business. What the animal shelters don't tell you is that research and makeup companies buy euthanized cats to experiment with and produce high quality makeup. It's just that a dead cat is sold for pennies per pound and a live cat is sold for more money at adoption.

While I don't like to see any cat or dog put to sleep; it certainly is a part of society and isn't out of control (yet). The blame falls on humans, not for euthanizing or adopting enough, but irresponsibility to spay or neuter their animals.

My personal opinion is that one should have to qualify to have a pet, much as a weapon. Animals are high maintenance and should be treated much like children ... with careful supervision and proper medical care. The average person can't afford that.

Sort of related ... I was once in Washington DC viewing a WW1 exhibit about American propoganda during the World War I and ration times. One of the posters, promoting carpooling, had a ghosted version of Hitler in the passenger seat. The caption read:

If you ride alone, you ride with Hitler!

Whenever I see a carpooling lane I think of that.

So, I photoshopped an image for you! 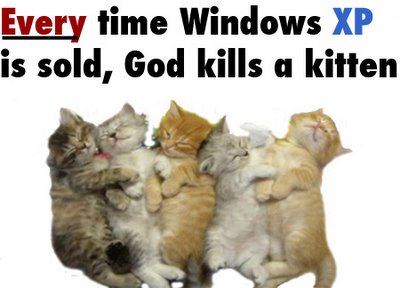 Catchy title, but I don't really see the meaning behind it. The Hitler thing was kind of ludicrous but you could at least see the twisted thinking behind it. Perhaps you need to "fix your thinking" on this one?

One of the nice things about living in America is that there aren't restrictions on every little thing. People are given some credit for being able to take some responsiblity. Do you honestly think that people should have to qualify to own a pet? Certainly people should be responsible for their pets and there are laws to ensure that but a qualification process seems a bit high-handed. People don't have to qualify to have children and that is certainly a lot higher level than owning a pet. Having to "qualify" to do things that require responsibility is a little control-freakish. Who is to set these requirements and standards? And then who is going to be able to live up to them as they go higher and higher? I think you have to qualify to have children in totalitarian countries like China. I don't want to go down that road.

Do I think that people should be screened to a certain degree and advised as to the responsibility they are assuming? Absolutely. Should people be punished for abusing or improperly treating their animals or children. Definitely. There need to be community standards in place but that is a far cry from having to qualify for something.

Is this whole makeup deal the reason some women are so catty? (heh,heh)

Many women don't realize that they support euthanizing cats and abortion by wearing makeup ... some high end make up is also made from aborted human fetuses ... I know it sounds extreme but it is true.

"Catchy title, but I don't really see the meaning behind it."

There are a lot of kittens killed at animal shelters each year ... Windows has 87% marketshare ... do the math.