Can An iPhone Be Apple's Next iPod? Only If They Do It Exactly The Same

Rumors and confirmations of rumors are circulating the various Mac Websites at the moment, contemplating that Apple will release a cell phone by the end of the year.

I think this is very plausible ... in fact I don't see why it hasn't already been done. Or has it?

Many have speculated that Apple was merely testing the waters with the release of the Motorola ROKR; testing to see if a mediocre phone would create buzz and help create a new market segment for phones. 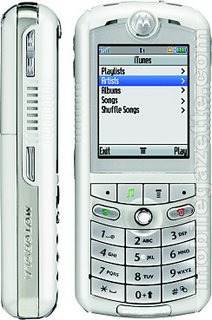 Apple needs to approach this like the MP3 market, when they released the iPod.

Apple should make this for ONLY Mac users at first ... possibly bringing new Mac users just for the purpose of the phone.

The ONLY way this could be a cool phone ... if it has bluetooth AND a front row remote built in + a 4 or 5 megapixel camera.

It's not just time for Apple to have a phone ... but a good camera again. 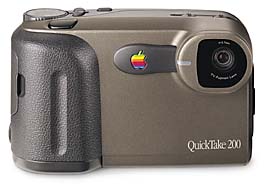 It needs to have VOIP and Apple needs to work with Skype to have it preloaded onto the phone with an even easier interface than it currently sports.

Of course this new phone will have the standard dock connector as iPods have had for 2 1/2 years now. (Can you say iTrip as a handsfree?) And obviuosly iPhoto will become just as important as iTunes.

This is why Apple needs to make it for Mac Users at first (almost every Mac user will buy one) ... then just as it did with the iPod, on a second revision release iPhoto for Windows as well ... thereby releasing the phone to the masses as well.

The Quicktake camera was cross platform by nature of the removable storage. This new phone/camera/Mp3 player should be great on Windows ... amazing on the Mac.

It's time for Apple to show the cellphone companies, just like it showed the Mp3 makers, how cellphones are done right.

I generally like your vision but I disagree on a couple of details. It doesn't need VoIP. No Skype needed. It might be nice, but the phone won't have it no matter what.

It should be like the iPod in the sense that it is excellent for its core functions and doesn't include extraneous features. It needs to be easy to use. That's why non-techie people are not afraid to use an iPod.

An iPod phone needs to be a good iPod, probably a 1gb or 2gb Nano-like iPod.

It needs to be a great CELL phone. This means (to me) it needs good standby and talk times, good reception, a great address book, Bluetooth synching, a good calendar, etc. A good camera is a strong feature, but I don't think it needs to be 4-5mp, 3+mp will be great. I am sure others will want it to play Java games, etc. and I suppose it will do that. It should have a half-decent mail client. It also needs to be tough, and fairly small. My Sony-Ericcson s710 is a little big but I think it would be a fine form-factor. It already does all the above but not nearly as well as the Apple phone would. The camera is 1.3mp, the storage maxes out at 128mb(!) and the synching isn't great. But it does music, photos, addresses, etc.

This feature set will make use of iCal, Address Book, Mail, iTunes, iPhoto. I'll buy one!

Like the other person I generally agree except for some items.

What I'm looking for is a phone/ipod/pda. I really don't need a camera, video, watch TV or anything.

Something like that, with little bells and whistles, but it "just works" - that works. I'd buy one.

I think you are right on the money on these specs...the people that say "you don't need this or you don't need that" don't understand the mass retail market. Personally, I would love to have a camera and MP3 player.

The last thing Apple needs to do is to get into the cell phone market, where just about everyone curses their carriers, their phones, and their services. Honestly, unless Apple's willing to spend $billions$ on setting up towers across the U.S, there's no point in going there. Otherwise, people will like the look-and-feel, but curse the service, the warranty, the signal strength, and on and on. It's too far afield. Let's not forget that Apple is good at what it does because it picks and chooses what to do so very well.

I am not sure anyone's really expecting Apple to sell cell service. Just sell me an unlocked GSM phone.

As for the folks who think I'm wrong about cutting out extraneous features, just look at the iPod and its competition. The iPod has fewer features than almost all of them, but the iPod does what it does very well and with elegant simplicity. That's how I want my phone. That said, the competing phones have a ton of features that people take for granted in a phone. IMO, a not-too-richly featured phone will still have a camera, and the camera ought not suck. Apple also has a nice little set of OS X helper apps to synch with the phone. I'd guess that the .Mac account would come in real handy not only for email but also for synching bookmarks, etc. to the phone. Apple could make a GREAT phone.

I disagree with your premise. I don't think Apple will come out with a cellular phone unless they can do it amazingly better than their competition - which would mean that you could buy the service for it through Apple. I can't image an Steve Jobs era Apple product where I have to go to a third party for service.

To really set itself apart, the phone would basically have to come with the service plus be a WiFi phone, plus have downright sick integration with the Mac/iPod.

Maybe apple can do that, but my bet is against this happening this year.

I know what I'd like in a phone and I know what a few others would like but I can't see what a huge segment of the population would like. That's what marketing is for.

Apple would not have to put up towers to start their own service. They could lease the service from another vendor and put their name on it. Kind of like getting Earthlink DSL over wires serviced by SBC or someone else.

First of all, no more comments about Apple starting cell SERVICE. JW never said that and no one else is either. This phone would use EXISTING services, probably Cingular and similar, like the Rokr.

Second of all, the cell phone is the Swiss Army Knife of electronics. People want to carry one thing and they want it to perform several functions. Carrying the analogy further, the SAK is primarily a knife. The Apple Phone would be primarily a PHONE and would have all the typical cell phone features. Secondarily, it would also include camera, iPod, and PDA capabilities.

There are other phones on the market that do these things already; they just don't do them RIGHT. There were other music players on the market when Apple brought out the iPod.

Don't lose sight of the fact that Apple rules when it comes to design and usability. They totally have the capability to come out with something awesomely great.

I agree 100% that the next big thing is an Apple iPod phone. I believe that it will do phone, music, camera, and PDA functions quite nicely, however they choose to do it.

I don't think VoIP or Skype will come out in the first iterations of such a device, but it may come later as an add-on. Steve Jobs likes simplicity and I don't see him going crazy on this. I do think it will have remote control capability for Front Row at least.

No one has really done a multi-function cell phone right just yet. This is truly an opportunity for Apple and I think they will take it. I wouldn't be surprised to hear that they have had it in development for more than four years.