Jack Classic: Blaming It On Pee Pee In Coke

I still say that Willow Design saying they were going out of business was a publicity stunt ... the site is STILL up and they appear to STILL be taking orders ...

I can't stand it when a company blames foreign competition (or for that matter, blames any competition) as the reason they went out of business ...

Blaming It On Pee Pee In Coke

Most Mac websites have carried a press release about the company Willow Designs going out of business.

Here's a quote from this press release:

"The company's doors will close on Feb. 29. The closure has been a "very difficult but necessary decision based on the economics of offshore competition..."

What a crock! Look, we have a bad problem in this country with outsourcing labor to China and especially to Mexico. We have a problem (noticeably in my state) with Central American/Hispanic labor taking "hard labor jobs" for a lot less. BUT ...

"All Willow cases are hand sewn in small batches by individual seamstresses," he explains. "This has guaranteed superb quality, but this has been an expensive way to make the cases. With increased competition of offshore made cases produced at labor rates of 22-30 cents per hour, we found we just couldn't compete. The only two options were to either decrease the quality of the cases, or shift production offshore as well—neither of which option was acceptable. So we decided to just stop making the cases instead."

In the case of Willow Designs- yes the " bags they made for iMacs/Cubes/iBooks " were nice, but they were pricey and pretty lackluster if you ask me. They offered nothing you couldn't get at 1/2 the price and nothing that said, "man, that's unique". To blame "your lame sense of what people want and will buy" on offshore jobs is; just ridiculous. Frankly, it weakens arguements AGAINST off shore/foreign labor because it's obvious - you sell overpriced crap - overpriced/unimaginative crap doesn't sell - admit it!!!

And if you are going to make statements like; "offshore made cases produced at labor rates of 22-30 cents per hour" - make sure you know what you're talking about, that's the equivalent of minimum wage here. A loaf of bread in China costs 10 cents. It costs $2.00 here or more!

How about advertising some other way than; press releases?

I regularly check my status on Google and Yahoo and list with other search engines. I post around the web as microadvertising. What about bribing a local journalist to do a sectional feature story on you? (You never know what the wires will pick up or that CNN may see and want to do a feature story on you.)

Another thing: READ THIS from the Willow website. Read the tag from their stuff. Then read the gaurantee disclaimer. I, as well as several others I know, own Willow stuff. Lifetime doesn't mean lifetime of a company, it means lifetime of the product, or at least the lifetime of the CEO! If this company goes out of business, if it EVER breaks, I expect the owner to hand sew it right for me!!

So, where does the title of this editorial come from? As a kid, I remember my brother and I chanting this little rhyme every time we'd drink coke:

Since Willow blamed "the company closing" on Chinese labor, I thought it was fitting. (It's just as silly.)

Another thing to note is that Willow Designs may be blaming US vs. Foreign economies for closing, but they are based in one of the MOST EXPENSIVE areas in the country to live: Blaine, Washington. I'm sure they could; produce and live in my area, and keep making the bags that nobody wants; for a lot less ;) 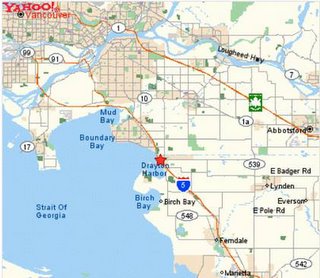 Recently I posted this on the topic of "blaming foreign labor & foreign outsourcing":

"After the announcement that HP is moving it's customer support operations to india, I decided that I'll never buy an HP product."

"So are you not buying Apple products either? Where factory workers at Compal & Quanta get $1.14 an hour? Where the lead software engineer Avie T is Indian and often relies on outsourcing/collaboration with Indian partners? Apple hires lots of East Indian employees that are NOT citizens of the US. Not accusing but you seem to be talking out of one side of your mouth.

I say if we don't have Americans that won't unionize, won't accept lower starting salaries, aren't as educated/skilled, and won't rise against any government that exploits them - then we, in some cases, deserve our job loss. I think that a border situation/immigrant situation with Mexico is different. In this case, I think borders should be closed for 5 years at a time. It's not that I don't like for people to have opportunity that want it. It's the non tax paying, non english speaking, lower standard of life bringing, and general lower wage accepting - that - is really hurting America right now. Outsourcing jobs overseas is really only a small fraction of the "perceived" job problem in the country."

I guess this guy also doesn't realize that HP was the ONLY supporter of Apple for peripherals for almost a year (late '95/early '96). This could have been a key reason Apple stayed viable during that period of lackluster sales and products. Hewlett Packard has ALWAYS had a hand in or provided direct compatibility for Mac Users for the majority of their products, even iPaqs! They also (I believe) will play a major role in Apple's iPod/AAC strategy & profitability.

An interesting thing to note is Jack Campbell's staying power. Jack had a whole website (you're reading it) dedicated to his scams across the internet and out in the real world. There was also The Your Mac Life Forum Thread about Jack. There were beatings from Macintouch, and from numerous websites around the internet. Some continue to a degree ;) - the fact is ... Jack has weathered storms with innovative and useful products (even if some are borrowed). He's been a good boy for a little over a month now. I hope it remains that way. I also hope that as a buyer and a seller in the Mac Community that you see my words to you here on this website as advice and encouragement. If you take into account, all that is here, you should always be successful. Taking responsibility for your own success is the key!