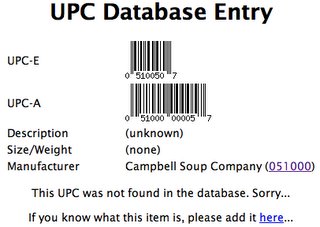 Barcode printing, barcode creation apps, and barcode spoofing are really nothing new — but you have to be of a certain persuasion to walk right into a Target with a fake barcode for $4.99 headphones and try and walk back out with an iPod shuffle for your trouble. Perhaps some might call that the poor college student persuasion, but apparently 19 year old Colorado college student Jonathan Baldino actually made it past the register with his $4.99 purchase, only to be halted by one of those receipt checking door guards. [He's] facing a criminal felony count of forgery and two misdemeanor counts of theft (he’d admitted to trying the fake-barcode trick on a CD player, before). ...

It is also against the law to reproduce "already used barcodes" -- I had reported on this back when an astute reader found out that the MacMice IceMate from Jack Campbell had a Campbell's soup barcode. 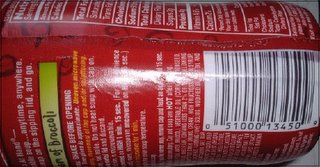 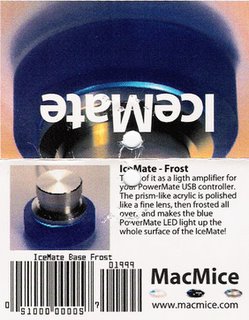 I am VERY surprised this kind of theft hasn't happened more and is yet another reason RFIDs will be better for consumers and for retailers once they become ubiquitous.

Email ThisBlogThis!Share to TwitterShare to FacebookShare to Pinterest
: barcode