Those Aren't Windows In The Windows OneCare Logo: They Are Fusuma Doors 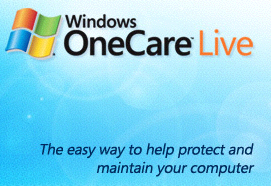 Inspired by this comment from a poster to yesterday's article, I would like to offer a followup:

I recently was listening to a local radio station show where the host was asking people to call in and give their opinion on Microsoft's development of virus and spyware prevention software. I could not believe how casual most people were viewing this. While it is certainly commendable to produce a good product, when its design is to repair or patch deficiencies in your main product it begs the question: why not make it right to start with?
'
Microsoft has long been accused of releasing software that should have stayed in beta and then releasing bug fixes after consumers start having problems. This seems to take that tendency to the next level.

I agree with this article that the current bulletproof status of Macs concerning viruses and spyware has been all but ignored in the popular press. The issue that befuddles me, however, is that people accept this state of affairs as "normal" and rush out to purchase all manner of other products to "fix" the problem. Every year. Has Bill brainwashed PC users to the extent that they will now pay for the privelege of using his buggy software?

Truthfully ... I think it would be unfair to say that Microsoft should make their products right to begin with ... while they should certainly try and do so by law (ethically and legally) ... no product can be made bulletproof, criminal proof, or idiot proof.

The real question here ... should Microsoft be including their new antivirus software free with the OS.

While it can be said that Microsoft could easily make the best software, could they also just not patch things or get away with releasing a substandard product ... yet sell a way to protect it?

Or are DEADBOLT Home Sales and Microsoft the same ... does Microsoft sell products with front fusuma doors (Japanese paper doors) ... especially to those located in the hood?

The internet = the hood.