I believe that one's vocabulary, tone, and communication ability carries one further in life than; good looks, knowledge, and even common sense. One who can communicate; both speaking and listening (which means; understanding what you hear), can rely on others to make up for the weaknesses they may have. By communicating ideas, a leader; can truly lead:

Here is the defintion for kernel from the online dictionary Wikipedia:

You may have heard of the kernel in technical discussions of OSX. You may have also seen the words: "Kernel Panic" on the rare occasion that OSX completely crashes.

The OSX Kernel is essentially a key that allows access to the hardware of a Macintosh or PowerBook. Look at the kernel as the key and the hardware (such as the motherboard and it's components) as a lock. In order to open that lock, see what's inside, or access the hardware's contents, you must have a kernel.

The most interesting aspect of using this type of hardware access is it's portability. Usually, a computer that can have Linux installed (such as a Mac) uses a kernel to create an abstraction of the hardware it is being used on. This way, Linux (which is based on another operating system called UNIX) can use a universal set of instructions to perform certain tasks.

By abstraction and universal set ... I mean to say that ... Linux (type) operating systems have a commonality amongst them in the way they are set up. If you can get Linux onto a device, you can use these commonalities, accessed by a kernel that is created (as the key). The kernel, once created, eliminates (for the most part) the need for drivers - instead, Linux will rely on its ability to access components due to the standards common to devices with computer chips such as USB, Serial, CDROM drives, etc. (** this is a very loose definition)

Being able to use a kernel for access to a "universal hardware" set is one reason Apple can make the transition from PowerPC processors to Intel processors easier.

The only downside to using this form of programming and hardware access is that it makes the system incredibly large and complex on complex systems (such as the Mac). It is complex because it is less laymen and more technical; less visual and more mathematical.

Let's time travel; back to OS 7-9, for a moment. Remember the days when there were just a few extensions in the system folder? Remember when, if you had any knowledge of the OS whatsoever, you could easily remove a problematic program and it's extensions within literally a minute? Mac OS 7 through 9, had a system folder that contained several hundred components. The Mac OS X System is hundreds of thousands of files. The 100's of components from OS 9 are broken into many many subcomponents.

With a kernel based system you can no longer do this. Kernel extensions (called; dependencies) are scattered all over your hard drive - even in hidden or invisible files and folders. Each "dependency" is just that - dependent on the other "parts" to run your system. Now, removing even the smallest component, even if unrelated, to your program or task, could crash your whole system. Logic would say that this would make the system more crash prone. In fact, it's just the opposite. While the kernel does have these 'dependencies' - it can dynamically construct paths. The mission of your operating system after all is to run and to secure your data - the kernel is written so that these two tasks: to run / to secure are foremost. The kernel will try it's best, even if other parts of the system (the dependencies) are weak, missing, or corrupt. If the dependencies don't have enough integrity due to missing or corrupt files, or failed hardware ... you get a "Kernel Panic"

I hope this didn't get more confusing, as I explained the definition. 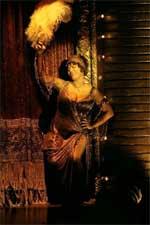 I've been using this word more in recent weeks and it is rather fitting to the previous word:

The Webster's dictionary defines reciprocity as:

reciprocity (as in "reciprocality") noun : a relation of mutual dependence or action or influence

Here's a great song with the word reciprocity" in it. This is where I first heard the word and then added it to my vocabulary in 2003:

Email ThisBlogThis!Share to TwitterShare to FacebookShare to Pinterest
: reference, word of the day