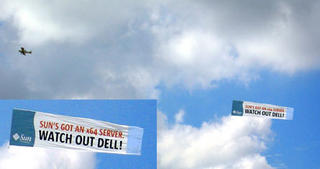 I've never considered Scott McNealy - Sun Microsystems CEO to be one of the best CEO's ever, but ... this kinda hits it home for me.

Here's an interesting tidbit I found that relates to Scott McNealy from the wikipedia biography of Steve Jobs:

... Jobs railed against Sun Microsystems as an Evil Empire while at NeXT. Later, after NeXT's hardware division was dropped, Jobs and Sun Microsystems' Scott McNealy introduced OPENSTEP together.

And for those who are interested ... Sun is the originator, developer, and distributor of the Java programming language. Last night's Java update solved a number of Mac OS X problems (it's a common occurence that Java is the cause of MANY Mac OS problems) ...